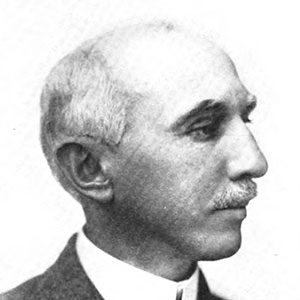 Madison Julius Cawein was born in Louisville, Kentucky on March 23, 1865, the fifth child of William and Christiana (Stelsly) Cawein. His father made patent medicines from herbs. Thus as a child, Cawein became acquainted with and developed a love for local nature.

After graduating from high school, Cawein worked in a pool hall in Louisville as a cashier in Waddill's New-market, which also served as a gambling house. He worked there for six years, saving his pay so he could return home to write.

His output was thirty-six books and 1,500 poems. His writing presented Kentucky scenes in a language echoing Percy Bysshe Shelley and John Keats. He soon earned the nickname the "Keats of Kentucky". He was popular enough that, by 1900, he told the Louisville Courier-Journal that his income from publishing poetry in magazines amounted to about $100 a month.

In 1912 Cawein was forced to sell his Old Louisville home, St James Court (a  2 1⁄2-story brick house built in 1901, which he had purchased in 1907), as well as some of his library, after losing money in the 1912 stock market crash. In 1914 the Authors Club of New York City placed him on their relief list. He died on December 8 later that year and was buried in Cave Hill Cemetery.

In 1913, a year before his death, Cawein published a poem called "Waste Land" in a Chicago magazine which included Ezra Pound as an editor. Scholars have identified this poem as an inspiration to T. S. Eliot's poem The Waste Land, published in 1922 and considered the birth of modernism in poetry.

The link between his work and Eliot's was pointed out by Canadian academic Robert Ian Scott in The Times Literary Supplement in 1995. The following year Bevis Hillier drew more comparisons in The Spectator (London) with other poems by Cawein; he compared Cawein's lines "...come and go/Around its ancient portico" with Eliot's "...come and go/talking of Michelangelo."

Cawein's "Waste Land" appeared in the January 1913 issue of Chicago magazine Poetry (which also contained an article by Ezra Pound on London poets).

Cawein's poetry allied his love of nature with a devotion to earlier English and European literature, mythology, and classical allusion. This certainly encompassed much of T. S. Eliot's own interest, but whereas Eliot was also seeking a modern language and form, Cawein strove to maintain a traditional approach. Although he gained an international reputation, he has been eclipsed as the genre of poetry in which he worked became increasingly outmoded.

This article uses material from the Wikipedia article Madison Cawein, which is released under the Creative Commons Attribution-Share-Alike License 3.0. ( view authors).

Short URL to this page